Wednesday Hodgepodge and a Birthday!

Joining Joyce @ From this side of the Pond today!


1. What's something you're dealing with that might be described as tricky?
Nothing that comes to mind.....2.  What's your treat of choice?
Anything salty and sweet3. Did you/will you carve a jack-o-lantern this month? Which real (living or dead) or fictional 'Jack' would you most like to meet in person? Why?
We bought a couple and haven't carved them...probably just get the seeds out and cook up and toss when done. Which "Jack"  maybe Jack Nicholson would be fun to have a drink with or Jack Sparrow to go on an adventure with.4.  In your opinion, what's the grossest sounding word in the English language?
boogers or snot...ewwww!5. When did your heart last skip a beat?
Every time I see my husband....love him! 6. Monster Mash by Bobby 'Boris' Picket, Michael Jackson's Thriller, Werewolves of London by Warren Zevon, or Ray Parker Jr.'s Ghostbusters...your favorite 'scary' tune?
Easy one I love Thriller! 7.   It was a dark and stormy night when______________________________.

the house shook and the lights flickered! Pretty much what happens when storms roll though these parts.

Today I'm turning 40 again....it's my eighth time! It's weird to be away from family and friends on your birthday! I have to work tonight so Craig took me to a nice dinner last night. I love this restaurant the food is amazing and the scenery is quaint and quiet....it was perfect. 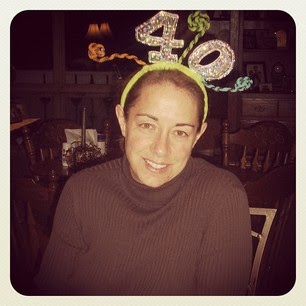 created by Formerly known as Frau at 8:30 AM 11 comments: Links to this post

What a week- Sunday in my city

Joining Unknown Mami today for Sundays in my City 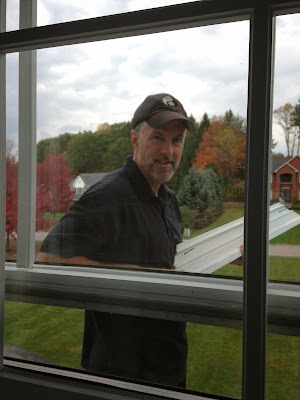 Lots going on this week in our neck of the woods.....first off this guy has been working up on ladders painting and repairing our front porch....it's coming along but he needs a harness and a helmet after falling off a ladder earlier in the week. I was deep in my closet cleaning and organizing away until I heard the crash. Luckily 911 was not necessary but the boy is covered in scratches and bruises. So now I'm on the crew and helping by holding the ladder and giving my two cents where needed! 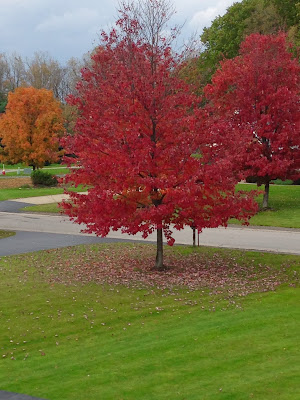 Seriously the colors this year! Wow I'm loving this season!
Just thought I'd throw that in! 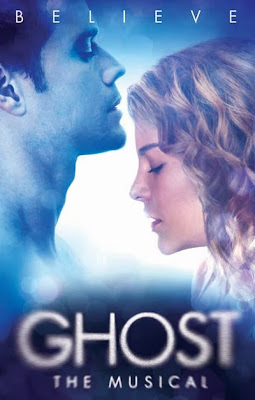 My theater group started up this week. This was our first show of the season....we've added a few more women to our group and of the nine there were mixed reviews. I loved it but I love them all! It was well done, a mix of big screen theatrics and stage...I wasn't sure how they were going to pull off such a big movie into a musical but they did it and I loved it as much as the movie. I'd say see it if it's in your city. 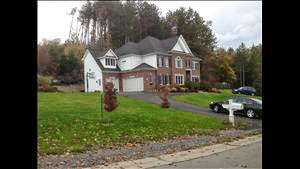 Big news this week and some unfortunate news, our neighbor was arrested for 2nd degree murder.
The neighborhood has been a buzzing with unmarked cars, news crews, looky loos....it's pretty sad!
He actually hasn't lived there since this summer thanks to a domestic violence charge, but his wife and three children live there. I saw him there last week playing catch with one of the kids and now he is awaiting trail for murder. Guilty or not I think it's the best he is far away from these kids, word on the street it's been a tough year for them and having him behind bars will be a blessing. I just hope there is justice for the victims family. You really just don't know what drives people to violence.

I'm looking forward to a quieter less exciting of a week!
Happy Sunday!

created by Formerly known as Frau at 3:42 PM 14 comments: Links to this post

Oh Wednesday how I love you....

Joining From this side of the Pond today!


1. What was your biggest worry five years ago?  Is it still a worry?


Five years ago we had moved from Salt Lake City, Utah to Bremen, Germany....I had a lot of worries. Now fast forward five years all the experiences have been priceless and worth the worries.  Now my worry is when will we return to Utah and call it home again....4 years, 5 years more...who knows.

2. Yesterday (October 15th) was National Grouch Day...what makes you grouchy? What cheers you up when you're feeling grouchy?

Rude and unreasonable people....oh and bad drivers! Or no coffee! What cheers me up...my family, music and coffee possibly a glass of wine and a few deep breaths!
3.  In one word, how does it feel to be photographed?

4. Besides your parents, who would you say had the greatest influence on you in choosing your life path?  Explain.


My husband he empowers me everyday!

5. The crisp days of autumn are here ...what's something you like to eat, but only if it's crisp?

6. What's the most useless object you own?


Probably our video game machine....what is it called.....it's collecting dust! Oh yeah its a Wii


Love when Katelyn was little and we were raking leaves for her to jump in...It's my favorite season...I love going out on drives and taking in all the colors. 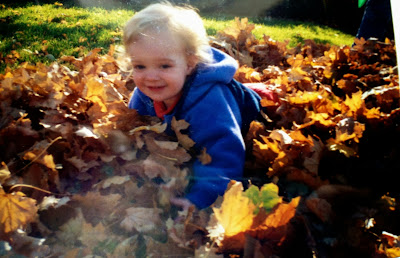 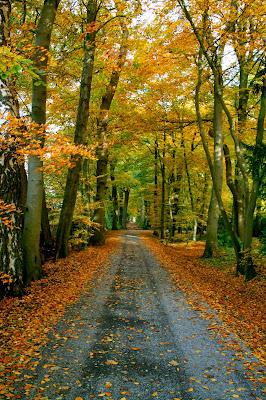 I love walking amongst the leaves crunching at your feet. This picture is one of my favorites, I think I photographed it for every season while we lived in Germany. We spent many hours walking and talking on that road. Today I miss our life in Utah and our time in Germany.....but the gorgeous Autumn we are having in WNY is warming my heart.


Happy Wednesday!
created by Formerly known as Frau at 2:03 PM 7 comments: Links to this post

Shhh I know I'm not suppose to have a favorite......but

I have fourteen nieces and nephews...
I love them all.....
But this guy he is special
He always makes me laugh,smile
pretty much makes my heart sing
Today he turns 17!
Happy Birthday K 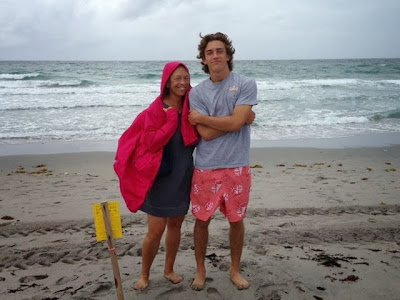 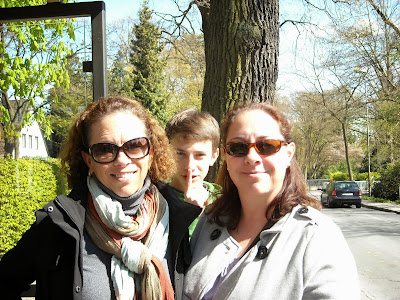 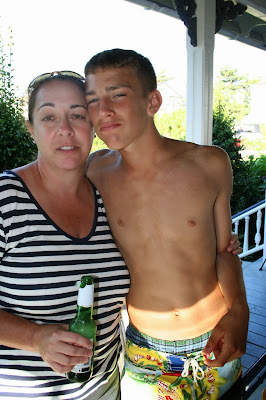 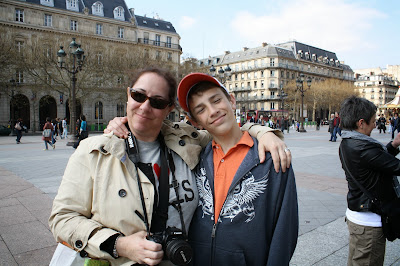 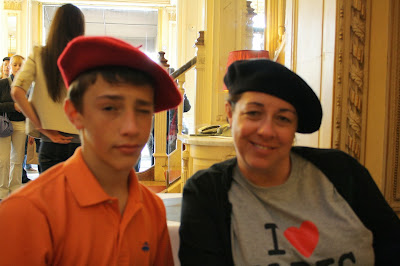 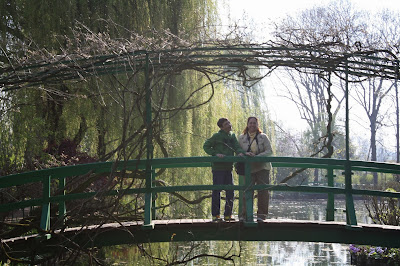 Will go anywhere with you 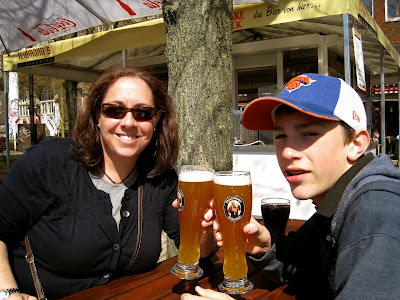 Will do anything you ask....

Love you with all my heart!
Happy Birthday!
created by Formerly known as Frau at 10:51 AM 7 comments: Links to this post 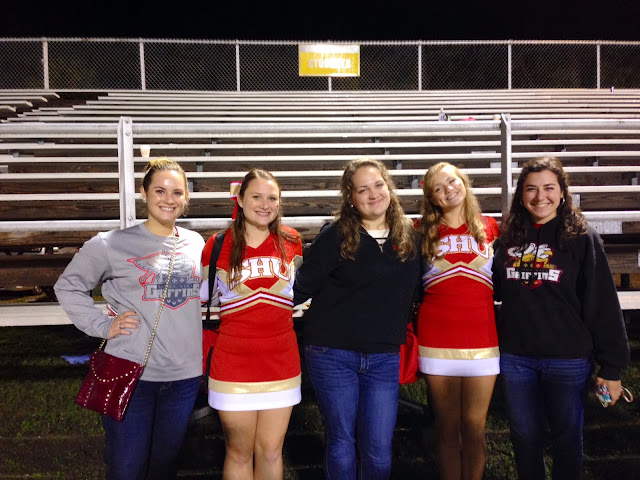 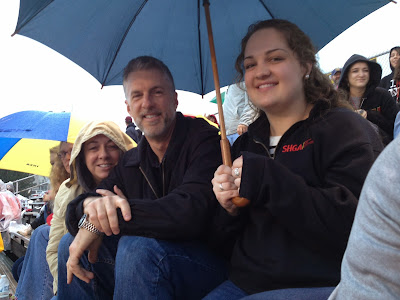 A couple weeks ago we went to visit Katelyn for parents weekend! It pretty much rained the whole weekend! We had a fun but quick visit. Loved visiting with her friends and their parents. Katelyn's main goal not to eat on campus!! Oh and see us! 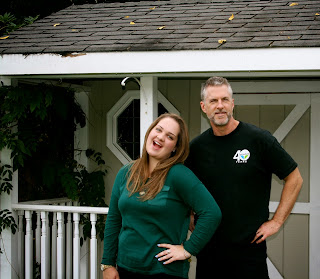 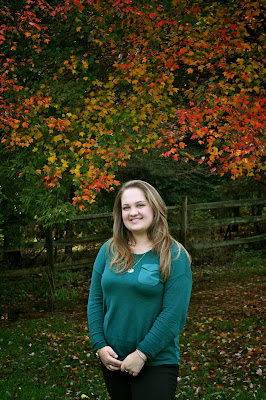 Now some two weeks later it's already here October break! A much needed break after midterms!
We are lucky, most of her friends don't have break until next week. So lots of Katelyn time.
Fall colors have been gorgeous this year. Today it was rainy and muggy almost 80 degrees out!
We have loved having her home and wish I didn't have to work tomorrow and I could hang out all day.
Happy Fall Y'all! 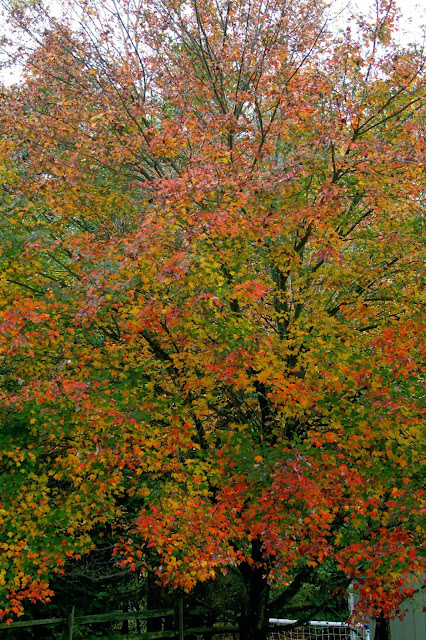 created by Formerly known as Frau at 6:42 PM 8 comments: Links to this post 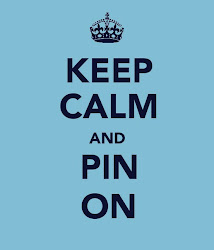